While fouralifetime describes our family that is here on earth, we cannot leave out a very important member of our clan. While this is a very personal post, it is who we are and I do not apologize for mentioning the history of our family that has brought us to where we are today.

In 2009, I was a busy conference manager and Tom was working for a major telecom network. He proposed to me on the anniversary of our first date and we were married in July of 2009. As soon as we came back from our honeymoon we decided to begin the process of expanding our new family, thinking at my ripe old age of 35 and not having a thyroid, it could take maybe a year or two.

In September, we learned that we were expecting! And in October, we learned we would have twins. I literally thought the sonographer was joking. I didn't realize twins were in both of our families, but they were! Tom's head was spinning... "Two college tutitions at the same time," was the first thing out of his mouth! We quickly began preparing for our bundles of joy to arrive in mid May of 2010.

As soon as we found out we were having twins; however, we also learned the news that Tom was being laid off. I automatically felt the need to take over providing for the family while Tom worked feverishly in a down market to find work. My conference was held in Las Vegas every year in February. In February 2010, I left for the conference under the approval of my doctor, and when I came home the pregnancy took a turn for the worse.

On February 14, I remember having cramps and not feeling right. I went to the doctor the next day and was checked out and sent along my merry way. We already knew we were having a boy and a girl and we already had their names chosen, Abigail Grace was baby A and Ethan Andrew was baby B. Two weeks later, those cramps were taking on measurable contractions. I again called my OB/GYN who looked at it, gave me some medicine and told me to relax and take it easy.

While watching the Vancouver Olympics on tv while trying to relax on February 27, I began recording contractions which were consistently six minutes apart. At noon, I told Tom to take me to the hospital. There, they measured my contractions, which were real and strong, but not picking up on the monitors. At around 5 p.m., I was sent home, only to return screaming in pain around 1 a.m. on Sunday, February 28.

The nurses took their time, making me sign in while screaming in pain. When I finally had someone check me, I knew it was not good. She rushed out to try to get meds to stop the labor but it was too late. She called to the NICU at nearly 2 a.m. to come and assist.

It was too late. Sweet Abigail came too fast and too soon. While everyone was rushing around to do a C-Section, I remember screaming "I feel her head" "HELP!" No one responded. I yelled out again in tears. Finally someone came and said "I see a head." Abigail was not delivered correctly, as we were told typically the NICU doctor will be there to catch the baby.

Ethan, on the other had was delivered by the doctor. They carefully lifted him out. Both babies were rushed into the NICU and I wouldn't see them again till about 10 that morning. Tom was handed a pair of scrubs and told to change and they would let him in; but everything happened so fast, he was waiting in the hallway.

When the doctor brought him in, she very coldly told him, "Your babies were born at 24 weeks. They are each 1 pound 4 ounces and will lose weight. Here's the chart of their chances of survival. They're 50/50. You have the choice right now to continue to try to help them or to let them go." Tom quickly came to my side and without hesitation we said "Please do everything you can."

Every day for the next month, we didn't know if they would survive. They both had heart surgery as well as other surgeries before they weighed 2 pounds. The sound of the preemie ventilator and the beeping of their monitors haunts me to this day. They weren't even placed in the same room because the NICU filled up the day they were born. We traveled from Ethan's room to Abby's room every day. We prayed and we fought for the best care for both of them. Abby suffered IVH or brain bleeding from the trauma of being born so early. Ethan's lungs were so fragile and he had "wimpy white boy" syndrome as the nurses called it. Having been a music teacher for so long, I asked if I could play music for the babies. I bought them each a CD player and soothing classical music, and every day when I'd visit I'd make sure to play the music.

Abigail Grace is our first born. She is the strongest, most beautiful little 1 pound 4 ounce baby I've ever known. She's gorgeous. She let me sing to her through her isolette, and she loved listening to the classical music I played for her. I remember her holding my pinky finger with her entire hand. She fought for an entire month. She was often more stable than her brother.

In the end, the doctor knew Abigail, along with Mommy and Daddy, needed to spend time together. She was not yet 2 pounds and at the time and he normally would not allow such tiny preemies to be held (we had to wait till almost May to hold Ethan). The orders were written, and Tom and I were able to hold our precious little daughter for a few hours. That night, I refused to leave the NICU, and we stayed overnight. The next day, her heart rate had dropped and I was able to hold her one last time. We talked and sang and prayed over her. There was nothing more we could do but allow her to fly into the arms of Jesus.

Abigail Grace is our number 1 girl and will always be a part of our lives. Ethan often talks about his sister. And when people ask if he and his younger sister are twins because they are the same height, he proudly proclaims "No. I have a twin sister named Abby and she is in heaven." We are truly, Five fouralifetime. 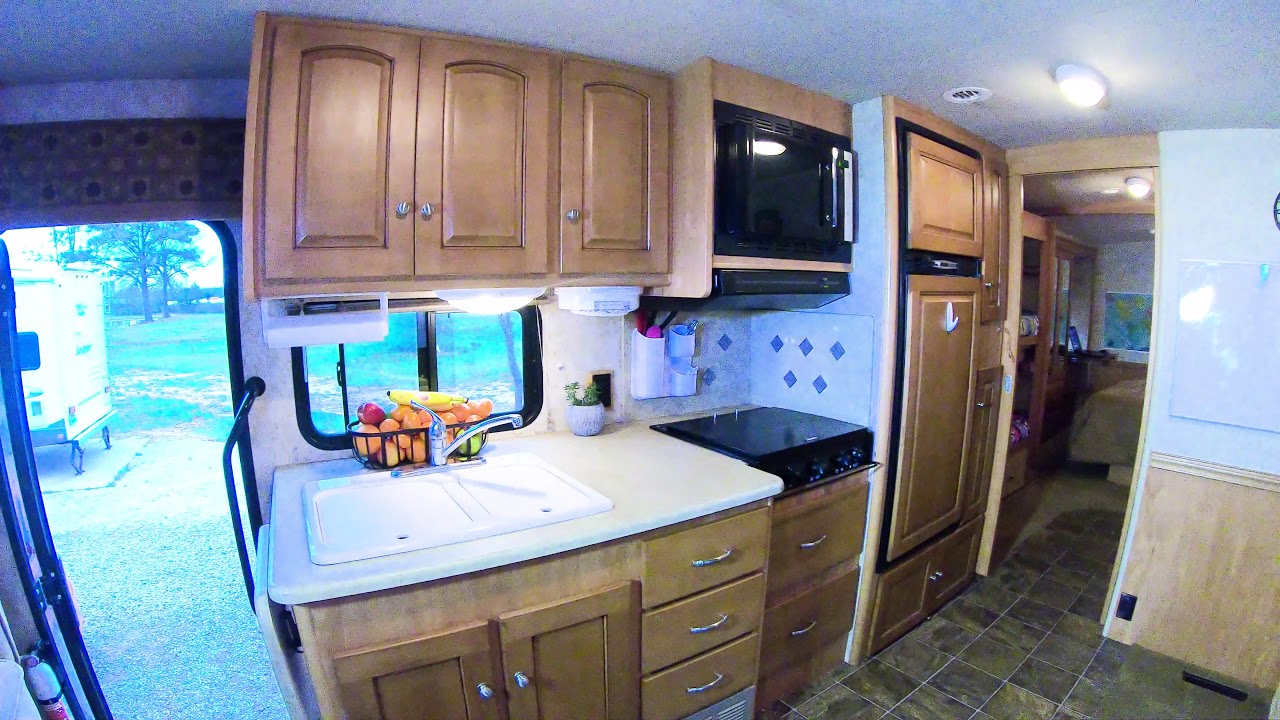 Sell Your RV for What It's Worth Part 2

Sell Your RV For What It's Worth Part 1

When Mama Needs a Break in < 300 Square Feet

5 WAYS TO SAVE WITH KOA

Dear Cisco, I Have A Bone to Pick With You